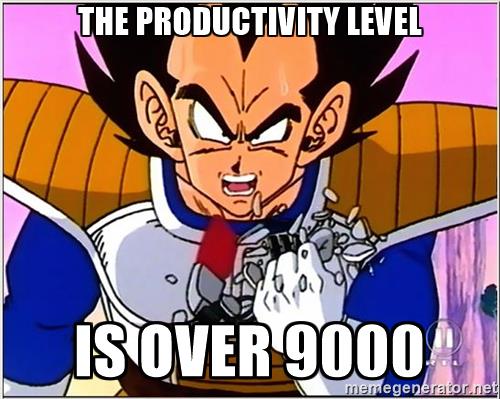 It has been a very productive week. A few unexpected surprises came knocking but they were all taken with a stride.

First, I would like to announce that my plans for Camp NaNoWriMo have changed. As of right now, I will no longer be writing my fantasy novel I titled “Blue Moon”. The reason for this has nothing to do with having no idea what to write about or even the desire to write. No, this has to deal with my sister.

Long story short, she was the person responsible for uncovering my innate desire to write stories. She’s the one who got me into writing. While she hasn’t been as active in writing as I have, I still envy all her ideas because I think they’re amazing and why couldn’t I think of that. She is after all my twin and the youngest (well middle child because we have a young brother). So, now and again, she sends me updates on her stories and I give her feedback.

One story in particular she wants to really write has been given her trouble and she just needs the motivation to write. What did I do? I volunteered to help. My Camp NaNoWriMo this year will be a collaboration with my sister.

While I have collaborated with other people (strangers) it hasn’t been really successful. It was definitely communication and the plot was almost nowhere to be found. I’m not exactly sure how this time will turn out. It should be better. It’s not like she’s a stranger to me. However, I’m if-y about my role in all of this. Yes, I’ll be writing the story too but I don’t want to be the ‘leader’. I think it would be best if she came up with the plot and I helped guide her.

My goal is to be the guiding hand. I’ll take a step back and have her dictate where she wants the story to go and if she gets stuck, I’ll make something up. I’ll build bridges so she can get to the next scene.

The other bit of news is that my review for Chronology  has been posted. It’s a mobile game where you play as The Inventor to try to unravel the mystery of the present state of the future. The game allows you go travel to the past and present to overcome the obstacles.

The third piece of news is that I have successfully been creating character sheets for a long standing story I have titled ‘Shadow Beasts’. I’ve planned and written the story in script format for T.V. Actually, I decided to create a television show for my brother because I didn’t like any of the cartoons/shows he was watching.

The idea has evolved and changed over the years and with each revision, I’m starting to get closer and closer to the final product I envisioned. There’s even hope that it might be developed into an actual show by a friend who has started up his own animation studio of sorts. Nothing is in the works or set in stone. It’s just talks for now but it is something I’m thinking about and I’m certainly hopeful.

Kassandra Carrillo received her B.A. in Creative Writing from the University of Houston. She enjoys writing dark paranormal fiction. However, she has dabbled in writing fantasy as well, science fiction, western, short stories, poetry, and scriptwriting, but she prefers writing novels. When she's not writing, Kassandra likes to crochet, practice her art, and stream video games. View All Posts